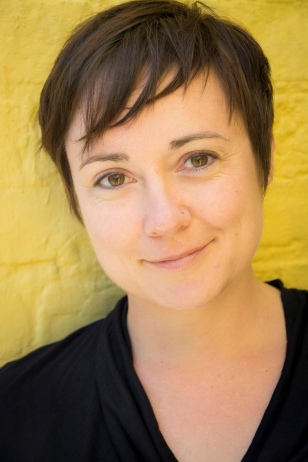 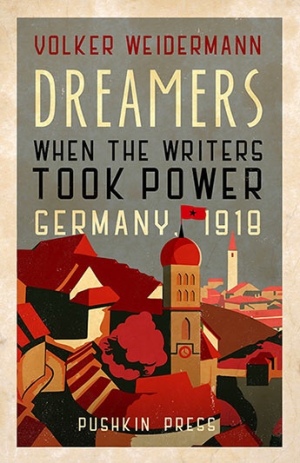 Not much preamble needed for this interview; the book jacket above reveals why I was so keen to “meet” translator Ruth Martin during GLM VIII, and my review of “Dreamers” will be published on the European Literature Network later this month.

Hi, Ruth, welcome to the blog,

Volker Weidermann’s “Dreamers” is one of my most anticipated titles of 2018, as his previous release was my 2016 Book of the Year.  How did you get the commission? Was it a dream to translate or was it full of knotty challenges?

“The Summer Before The Dark” was translated by the late Carol Brown Janeway (who was also my editor at Knopf), so I already knew I had some big shoes to fill when I was approached by Adam Freudenheim, the publisher at Pushkin. It was both a dream and full of knotty challenges! Translating Volker Weidermann is a delight, but I wasn’t just translating Volker Weidermann – his words are woven around long quotes from Thomas Mann, Rainer Maria Rilke, Ricarda Huch, Hitler, and a whole cast of lesser-known figures of the time. Each of them needed a distinctive voice, and each came with their own difficulties. Rilke was an incredible poet, but some of the prose in his letters is borderline nonsensical. (Sorry, Rilke fans, but you know it’s true…)

I lived in Munich during my university year abroad and heard absolutely nothing about the Bavarian Revolution of 1918. Were you acquainted with this hidden history before translating the book?

Not at all. It’s a part of German history that most English-speakers seem to have missed, for some reason. When I was at school, there was a big gap in the history syllabus between 1918 and 1933, and apart from hyperinflation and cabaret I think most people only have a vague notion about what happened in between.

I assume field trips to Munich (purely for the purposes of research, of course) were a necessity. If so, which sites did you find particularly intriguing in the light of the events of 1918?

I’ve been to Munich a few times, and my most recent trip was not long before I started translating “Dreamers”. As you’re reading the book, it’s quite easy to imagine the revolutionaries streaming through the streets, and hungry people hunting the wildlife in the Englischer Garten – but the Munich that’s presented to tourists is so firmly based on tradition that it seems the least likely place in the world for a revolution to happen.

I would love to go back in time and walk around the Wittelsbacher Palais – it was torn down in the 1960s because it had been so badly damaged in the Second World War – but it was Ludwig III’s home before it became the headquarters of the revolutionary government in 1919. By the mid-1930s it was the Gestapo headquarters, and Sophie and Hans Scholl were imprisoned there in 1943. Someone should write the story of that building.

How did you become a translator?

I did a first degree in English and German literature, and a PhD in German, which I guess laid the groundwork. It took me a while to figure out that translation was what I wanted to do, though. In 2009, a friend who knew I spoke German asked me to translate a piece for a literary journal because she couldn’t afford to pay an “actual translator”. It turned out to be the most intellectually rewarding thing I’d done in years, and after that I spent a long time ham-fistedly bothering publishers until someone gave me some work.

What is your translating process? When do you decide a translation is finished? What changes when you’re collaborating with another translator?

Have you heard the term “Verschlimmbesserung”? When I get to the stage of the self-editing process where my little “improvements” are actually making things worse, that’s when it’s finished. I start with a rough draft of the whole book, with lots of question marks and alternative translations, and then redraft it about three times. On each pass, the pace of work gets a little faster, and you can start focusing on the wood rather than the trees. The way I have done co-translation in the past has just meant that I’ve swapped chapters with my co-translator at the end of this process, and we have given each other’s work an extra layer of editing. I love collaborating with other translators: you learn so much from the way they work and the choices they make – and you can correct each other’s mistakes. We all make the odd mistake.

Are there any differences between translating fiction and non-fiction?

I think there are more similarities than differences. Every text, every writer, has a style that needs to be reproduced, whether it’s a novel or an academic monograph. And Volker Weidermann is not your average non-fiction writer. I know a few people who thought “The Summer Before The Dark” was a novel – if it was television, it would probably be classified as docudrama – and “Dreamers” is the same. He has also included a number of poems in “Dreamers” (some good, some… less good) so it was quite a vigorous workout for all my translation muscles.

I read that you’ve also translated children’s poetry. Tell me more about that. I imagine that’s great fun.

It is! I love anything that involves rhymes and word-play. There is a translation of mine in a Taschen collection called “A Treasury of Wintertime Tales”, an illustrated poem by Sybille von Olfers. It was written in 1905 and the drawings are just gorgeous – very much of its time.

Which of your translations gave you the greatest pleasure and why?

Ooh – that’s a bit like having to choose a favourite child. It’s the variety I love about this job: this year, in addition to “Dreamers”, I’ve worked on a political thriller, a historical novel set in the 1930s and 40s, and I’m about to start a monograph about narrative techniques in the Odyssey. And I’ve enjoyed them all.

Which posed the greatest challenge, and why?

From a technical point of view, probably “Dreamers”. There was a lot of research involved! But on a deeper level, I translated Bettina Stangneth’s “Eichmann Before Jerusalem” a few years ago, and it really affected me. It’s a challenge to look objectively at the syntax and flow of sentences when what those sentences are telling you is so distressing. I have huge admiration for Bettina for writing that book and retaining her sanity and humour.

Finally, which three German-language works would you take with you to the proverbial desert island and why? Would you translate them?

I’d like to take all three volumes of Elias Canetti’s autobiography. Now, that might sound like a cop-out, but I could honestly read those books over and over again and never get bored of them. Canetti’s prose is wonderfully vivid, but he never over-works a description; he can bring a whole scene to life with just a few words, a couple of images. They have been translated (brilliantly, I believe), but I’ve never read them in English, so yes, that would give me something to do. And if I could have one more, I would gladly exchange either Shakespeare or the Bible for a copy of Grimm’s Fairy Tales.